What are Chakras and what is Chakra healing? 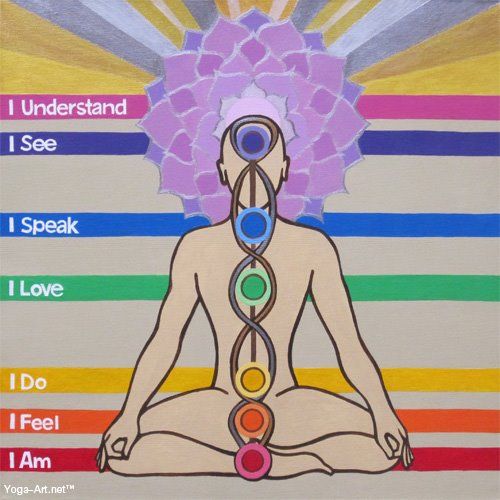 What are Chakras and what is Chakra healing about? Is it similar to using a stone as a meditative focus? (A focus can be a vehicle to study something.) Perhaps. Or perhaps these (chakra) groupings of physical, emotional and ethereal aspects are truly inter-related. I look at most things in life as a focus point until I experience the truth behind it. (including that which is deemed concrete). I personally have expanded my understanding of the physical and emotional body by looking at Chakras specifically. My general Reiki & Yoga practices – which both utilise the Chakra based system- are central to my health and well-being.

The major and minor Chakras

How does Chakra healing work?

Working with the chakras as a healing tool works in a number of ways. The simplest is by tuning ourselves into the desired “atmosphere” or vibration of the chakra or area of the body. It could be seen as a focus point for investigation. While teaching Yoga I often encourage visualising water flowing through the hips (sacral Chakra) in Yoga poses such as half pigeon. We might also visualise the colour orange under the belly button during meditation. Yoga poses and Reiki Energy Healing work on another level. Certain Yoga Poses correspond with specific chakras. Practicing these poses promotes health and well-being in that area of the body. With Reiki Energy Healing it is believed that chi moves through the practitioner’s hands from a universal source, bringing equilibrium.

Chakra work is often a refreshing way to look at health & wellness. In chakra understanding when we strengthen any chakra (by practicing a specific Yoga pose for example) we are working on the entire chakra. In this way practicing a Yoga pose for the Root Chakra pose would be seen to support the bones, teeth, lower back, the finances and all related physical and emotional attributes. Similarly lung problems might be looked at as an emotional heart Chakra issue. If the emotional issues are healed it would be believed that the physical issues could be too. Too simplistic?

This wider approach can be very interesting. It can often reveal an inter-related physical and emotional landscape we were not previously aware of.  We are not diagnosing anyone when we work with chakras nor do we label or point out emotional issues people may be carrying. This is each individual’s personal journey. Chakra Work is facilitated exploration. It is carefully orchestrated “questions” we use to delve deeper into ourselves and bring about change. With Yoga poses and Reiki Energy healing works it is not necessary to “tune in” or be consciously involved with the healing work. However understanding the work, greatly furthers our understanding of ourselves and life in general.